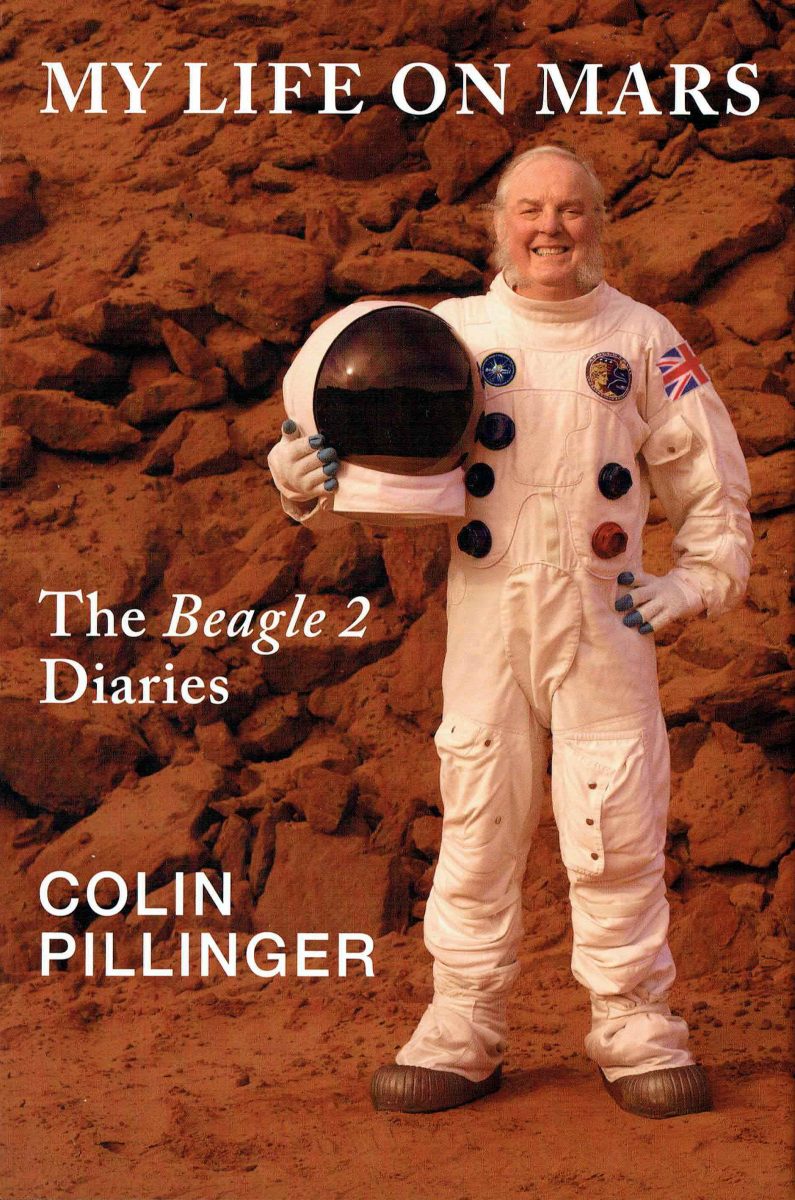 My portrait of space scientist Professor Colin Pillinger has been used on the cover of his book, My Life on Mars – which was launched on a rocket!

In 2003 a bunch of ‘anoraks’ followed their leader to join forces with a rock band and a world famous artist to design a tiny spacecraft on the back of a beer mat, build it in a garage and then, against all the odds, send it 250 million miles to Mars. The book follows Prof Pillinger’s life story as well as his mission to Mars. It is the true and untold version of Beagle 2 and the aftermath of the project — a story which is very different to that the public have previously been given…

This autobiographical book by the leader of the Beagle 2 project tells the complete story about the British space which was sent to Mars in 2003 to search for evidence of life on the Red Planet. Beagle 2 captivated the public and stories about it appeared in the media all over the World particularly in the United States.

The story of Beagle 2 is so extraordinary that even a bad book about the adventure would be worth reviewing, and this is not a bad book. Consider the initial conditions. In the 1960s, the British were as excited as anybody else by the Apollo programme and the slow exploration of the distant planets. But in 1971 one British satellite went up on one British rocket (Black Arrow) and that was the end of the adventure. British university scientists clung on to space research in deals with the military, or contracts from Nasa, or by joining European Space Agency teams, and even these connections looked precarious during the years of Thatcherism, when ministers slashed science budgets, closed laboratories and picked fights with Europe.

If you would like to learn all about this project, please read: My Life on Mars: The Beagle 2 Diaries by Colin Pillinger – review