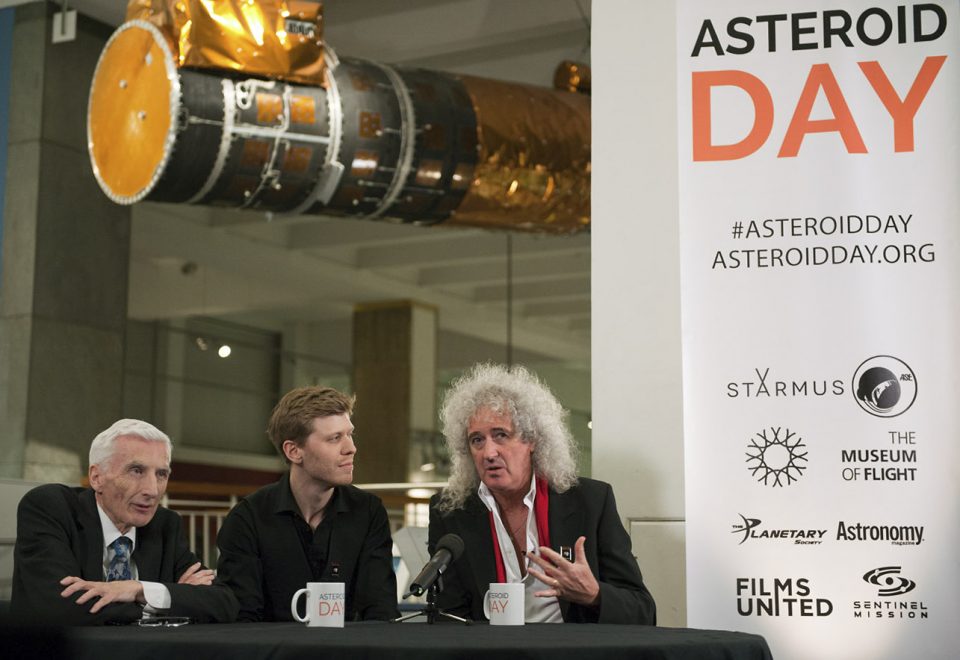 It is a global awareness campaign where people from around the world come together to learn about asteroids, the impact hazard they may pose, and what we can do to protect our planet, families, communities, and future generations from future asteroid impacts. Asteroid Day is held each year on the anniversary of the largest impact in recent history, the 1908 Tunguska event in Siberia.

I am proud to be Asteroid Day’s Photographer-in-residence and have been involved with this movement since its inception.

The idea originated several weeks beforehand, at the Starmus Festival in the Canary Islands. There, Richters, German-born and a resident of London, screened his film, which portrays events leading up to an asteroid impact in London, a film that was enthusiastically received and featured musical contributions by May. Richters also had the idea, along with his friend, photographer Max Alexander, to assemble a movement that would lead to Asteroid Day.

In terms of disclosure, I was a speaker at the Starmus Festival, sat in the front row to watch 51 Degrees North, and enjoyed it very much. I was even present at a dinner on the summit of La Palma, during the festival, when Richters and Alexander raised the issue of an Asteroid Day and began talking about it as a hypothetical event. And that made what was to come even more absorbing.

Read more about the asteroid threat, from Astronomy Magazine editor David Eicher, and why it should be taken seriously at: Astronomy.com