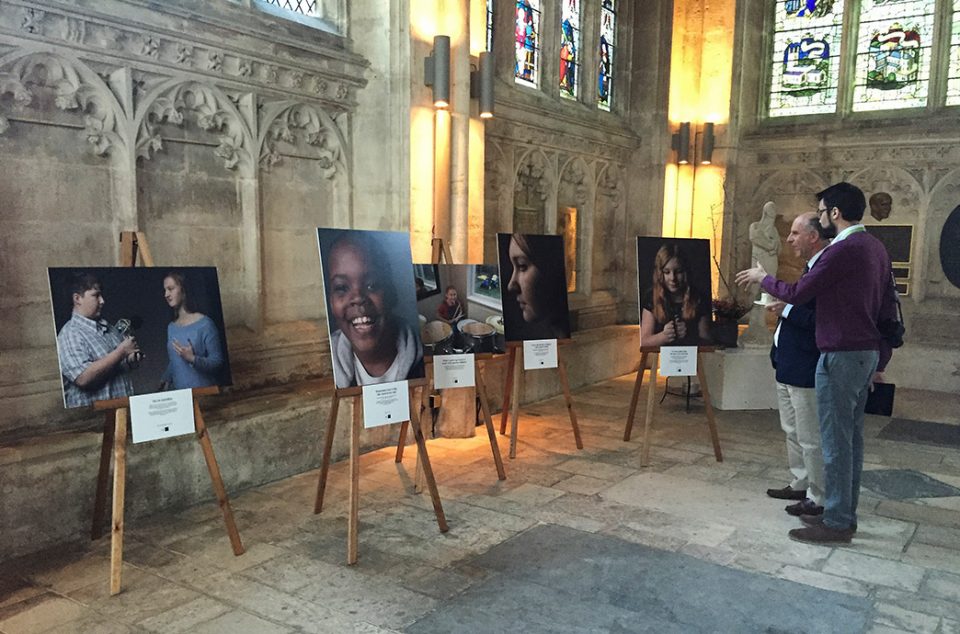 Two young carers from Peterborough are part of a nationwide, ground-breaking portrait exhibition called Hidden showing at Peterborough Cathedral from Monday May 16. Hidden captures, for the first time, the hidden lives and hardships – as well as hopes and resilience – faced by hundreds of thousands of young carers as young as seven, up and down the country.

Peterborough Young Carers is helping to bring the exhibition – part of the Young Carers in Focus project led by The Children’s Society – to raise awareness about the issue locally. The most recent census data shows that there are around 394 young carers in Peterborough, but this figure is likely to be just the tip of the iceberg as countless more remain hidden from view. A young carer is any child under 18 who provides regular care or emotional support to a family member who is physically or mentally ill, disabled or misuses substances. Peterborough resident and young carer Sami, 16, said: “It’s been an honour to take part in the hidden exhibition, it’s been inspiring to meet other Young Carers and I’m glad that Peterborough has been given the chance to see the exhibition” Alex, 15, who is also a young carer in Peterborough and feature in the exhibition, said: “I think that its really good idea for Hidden to be touring the UK. including Peterborough. because it means people can see the real meaning of being a young carer and the hidden lives we have”. The Children’s Society – alongside Rethink Mental Illness, The Fatherhood Institute, DigitalMe and the YMCA – has brought together 24 young carers from across the country for the photo exhibition.

DJ and presenter Jo Whiley, a former young carer, is one of three celebrities who have had their portrait taken. Max Alexander, award-winning photographer and former young carer who photographed the exhibition, said: “I wanted to show the contribution young carers make to society. I wanted to show them as determined and resolute individuals, but vulnerable too. Their hidden stories then reveal themselves in their words.”

The Care Act and Children and Families Act both came into effect in April 2015, heralding the biggest overhaul of social care in 60 years. But The Children’s Society is urging local authorities to make sure they have enough resources to offer support for families where an adult or child has a physical disability, mental health issue or substance misuse problem. Tracy Hyland, Head of Young Carers/Young Adult Carer services for Carers Trust Peterborough, said “Carers Trust Peterborough are delighted to be involved in this exhibition and we are thrilled to be working with Peterborough Cathedral to host the exhibition.

“We were part of the original launch at the Oxo Tower and it has inspired debate and certainly raised awareness of Young Carers and their stories. We are proud of all the young carers involved in this exhibition, especially Sami and Alex. We encourage everyone to come along and see the exhibition. It is beautiful.” The Children’s Society Chief Executive Matthew Reed wants the exhibition to wake visitors up to the reality of life for the country’s young carers. He said: “Hidden raises awareness about the lives of young carers and their families across Peterborough and the rest of England. The Children’s Society is working to make sure that their stories are no longer hidden from view and they receive the support they need to enjoy their childhoods and fulfil their potential.”