My Hidden exhibition has been to over 35 locations in England 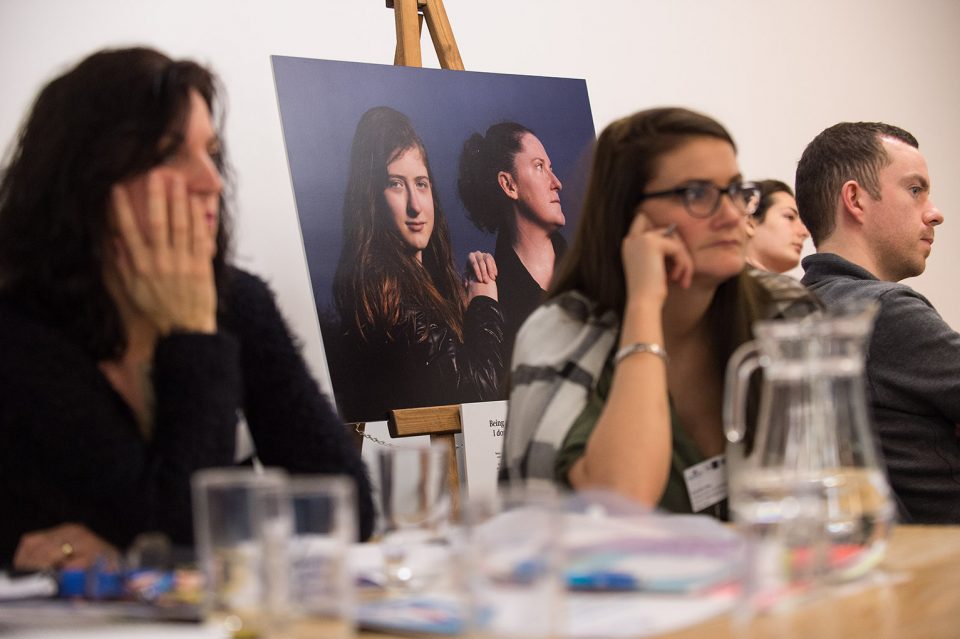 My Hidden exhibition has been to over 35 locations in England – in galleries, cathedrals, museums, and at public service events.

Who are young carers?

The official definition of a young carer is ‘…a person under 18 who provides or intends to provide care for another person (of any age, except where that care is provided for payment, pursuant to a contract or as voluntary work).’ Children and Families Act 2014 Section 96.

These young carers are forced to grow up early and miss out on the same opportunities as other children because they care for family members who are disabled or chronically ill, or for adults who are misusing alcohol or drugs.

According to the 2011 census data, the most recent official data, the number of young carers rose by 20% compared with ten years before.

Some of these children are not only losing their childhoods they are also missing out on vital school and training, which will have a negative impact on the rest of their lives. Find out more in our report Hidden from View: Experiences of young carers in England.

In April 2014, two new laws, the Children and Families Act 2014 and the Care Act 2014, came into effect with regards to young carers and their families, particularly around the right to an assessment of their needs for support. The rights afforded to young carers ‘will be extended to all young carers under the age of 18 regardless of who they care for, what type of care they provide or how often they provide it.’ – The Care Act and Whole Family Approaches, 2015.

Children’s Society Include service works with voluntary and statutory services across the country to support young carers. We campaign for change and promote best practice with central and local government.

They also help young carers by making sure they can have breaks from their responsibilities and by giving young carers a platform to share their experiences and raise awareness about the issues they face.

Working together with a variety of organisations they:

Visit the Include service’s website to find a wealth of information and resources for young carers, families and professionals.

Hidden is a compelling portrait exhibition that tells the story of England’s 166,000 young carers – the official figure that’s just the tip of the iceberg. The exhibition launched in February 2015 in London and toured England through early 2017.

In Hidden, award-winning photographer and former young carer Max Alexander captures the resilience, determination and aspiration of 24 children and teens who care for a loved one. The launch of the exhibition, at the Oxo gallery in London, gained huge support, with over 2,000 people visiting in ten days. Now the Big Lottery funded Young Carers in Focus(YCiF) is sharing the powerful portraits and stories from young carers in galleries, events and public spaces across the country. The aim is to make sure the experiences of young carers do not remain hidden from society.

A fantastic collection of celebrities like Jo Whiley, Jade Ewen and Richard McCourt are supporting and part of Hidden.